The summer of 2021 at Chestnut Lake Camp was an intense experience for me. Even after 45 years spent at camp — including 27 years as a director of camps or leading camp programs across North America — the combination of being in a new camp with the influence of COVID-19 presented complex challenges. I expect to be reflecting on the lessons learned from the summer for the rest of my career, and though many elements of this pandemic-impacted season were unique, I continue to feel that the biggest takeaway from the summer is one that I had appreciated already for a very long time: nothing matters more at camp than a great staff team, especially a camp’s counselors.

While we are working on many dimensions of camp preparation with a greater sense of preparedness in a world that has changed in real ways forever, nothing is a higher priority for us than identifying and developing the very best young adults and professionals for 2022. There are real obstacles making this hard due to the upside-down nature of our current climate, but it is critically important to overcome these at all costs. Staff members make camp work, and that begins with the counselors that care for children at a vulnerable time (for the kids as individuals, and for the universe that surrounds all young people today). In thinking about how important this is, I am reminded of a story from my childhood that speaks to this in a very personal way.

It was 1982. I was spending another summer at my summer camp, and I never coveted anything as much I did the pair of high-top Converse Weapon basketball sneakers that my counselor, Todd, wore. Todd was more of a tennis player than a basketball star and I already had more than a few pairs of sneakers of my own. But what I wanted more than anything else was to actually be Todd, and the Converse sneakers that he wore seemed to be the easiest way to make that transformation happen.

Todd was from Maryland, many miles from where I grew up in Philadelphia. He was gregarious and intelligent – qualities that I couldn’t claim as great strengths of mine at the time. Todd was seven years older than me and knew so much stuff that I didn’t. We were not very similar, but I wanted to be just like him. And why did I feel this way?  Because Todd was my camp counselor. For the previous six summers at camp, I had enjoyed many of the counselors that landed in my cabin. And while a number of them had done a good job overall to take care of me and my friends, no other counselor was like Todd. 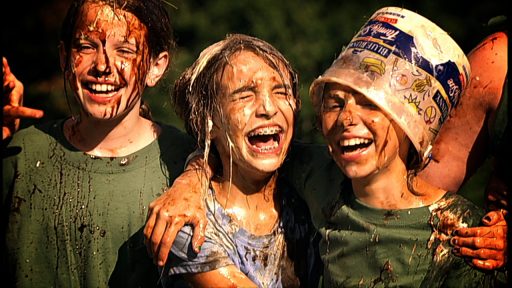 The real connection I had to Todd was born out of the way that he spoke to me and the way that he treated me. He shared his passion for various things in a way that was enthralling, and he was an incredible storyteller who had the ability to draw me in. He would share tales from history, from the wide variety of musical interests that he had, from his travels around the world, and he taught me about morals and ethics that were important to him and that he felt should be important to me. Todd kept much of his personal and family life totally private – I don’t remember if he was an only child or had siblings – but he seemed to care about everything I was willing to share with him. He advised me when I struggled with things, he gave me a shoulder to cry on when Heather told me that she wouldn’t go to the dance with me, he protected me from Charlie when he assailed me after a basketball game, and Todd let me know of his displeasure when a few of us stepped outside the lines and got caught sneaking out to another cabin in camp.

The sneakers were not so remarkable, but I thought they represented Todd’s essence. Todd knew that I liked them, and for the big game against Camp Akiba he let me wear them (I had to put on a couple of extra pairs of socks to make that work.) And then camp ended in that abrupt way that it always seemed to, and as usual, I was not ready yet to say goodbye. We streamed out of the cabin to high-five each other, without so much as a hug because we were 12-year-old boys and we didn’t do that. I was the last one there when it came time to leave with my parents. Todd came over to me and I gave him a hug. He comforted me after letting go as he saw the tears welling up in my eyes. He told me that he’d see me next summer and he reminded me of some of the things I had learned, how I had done a great job, and that he was proud of the leadership I showed over the previous weeks. I left sad for the sake of losing this time with him, but full of strength for the guidance he had provided.

Todd was not so different than some of the counselors and role models that spend their summers at camps near and far. In fact, there were staff members that were even more incredible and talented than Todd was at all sorts of camps, including Chestnut Lake, this past summer. I looked around as our campers were preparing to leave on buses at the end of our sessions and saw many of our campers holding onto their staff members that cared for them, desperately wishing that the camp season would not end. In that embrace, they were quite literally holding onto the role model that they found who could understand them. If given the choice, many campers would have forgone getting onto the bus to instead tag along with their counselor for just a little bit longer. Some campers would rather stay at camp, hugging their counselor, somehow putting off the inevitable end to a relationship that mattered to them in a deeply meaningful way.

In 1982, saying goodbye to Todd was a separation that could not be avoided – at best, I could hope to see Todd again in ten months or beg him to respond to a letter that I would send to Emory that he would almost certainly ignore. Today, campers may try to stay connected to counselors through social media (even when we advise their counselors to maintain a relationship only at camp). But when the summer is over, the summer is over. The impression that a great counselor has made may only sustain through the memories of a child who is soon going to be in the position of giving back to an even younger child in much the same way. But that impression, in and of itself, can be so profound.

The most valuable asset that our camps have are those young adults and older adults who have committed themselves to lead through their direct work with children while they’re miles away from home. The staff at camp will never be perfect, and they won’t always say what a camp director wants them to say. But they can be such great teachers and coaches for kids, and they are still able to be eager learners themselves. They should have boundless energy, and they can be deeply spiritual and inspiring. They will soon understand the responsibilities they have in the demanding position of caring for campers, and if we do a good job in guiding them, they can feel unaffected by the pressure from parents while still delivering exactly the experience for that child that every parent desires. Like Todd, they could become the person who by the end of the camp season makes all the difference to ensure that a child’s summer is the very best it can be and in some way helps to support real growth. This is what makes the job of a camp counselor so important, and it is our responsibility to find and honor these individuals at our camp. This has our full attention now, just as it should.

And maybe, if we can find more people like Todd, a Chestnut Lake counselor will find a discreet moment to slip their pair of white and red Converse sneakers into a camper’s duffel bag before they leave so that they can find an extra-special gift when they get home. I remember opening my bag back in 1982 to find those shoes, and that’s why I’ve kept them for 40 years.