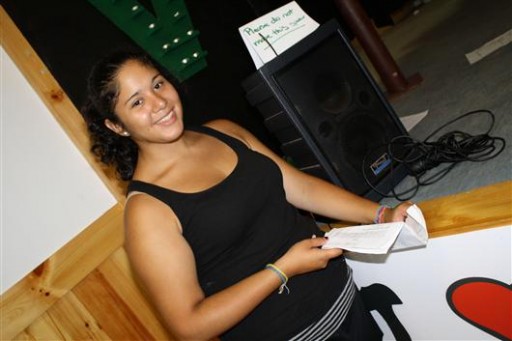 Hello Everyone! My name is Melissa Cabrero, I’m 19 years old and I’m from White Plains, NY. This summer I will be a 2nd year counselor at CLC; however, I’ve been involved with camp for much longer! Originally I was a Kaya in the summer of 2008 and have attended every year of camp since. I am a first year student at the University of Delaware with a Communications major and a minor in Theater Performance.  My favorite hobbies include singing, acting, bowling, and anything camp related! I have two older brothers, a younger sister, and an adorable cat named Cyrus.

What is your favorite memory of camp?
The first day of camp is still so clear to me.  I sat at a table with complete strangers, all of us sharing sideways glances and polite smiles. Little did I know that these girls would essentially become my best friends for the next 6 weeks and even after that summer! Some of the best memories I have of camp come from the traditions that CLC gives to all campers. Events like Nancy Tucker, Breakfast and Boating, camp plays, and the highly anticipated Tribal War at the end of each session are engrained in my mind. Of course, along with the traditions, some of the things I remember most are “the little moments”. The aroma of campfires being made, the cool water from the lake, and the sweet chocolate chip cookies after cookout are just a few of the senses that I was fortunate to experience. And of course, everyone remembers their ‘bunk memories’! The greatest thing about them was the moment you had to share at closing campfire, nobody would have any idea what you were talking about while you and your bunk laughed your head off. 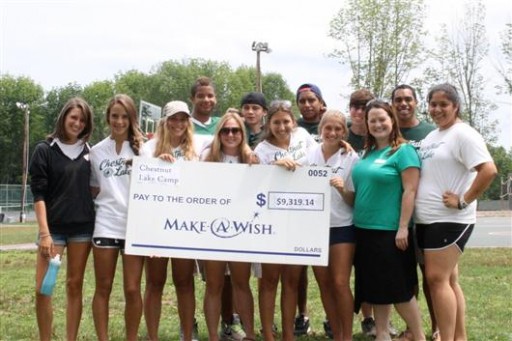 A large part of my time at CLC was spent in Varsity. While having an extra half hour of sleep might seem like a small amount, in camp it was the greatest gift that could ever be bestowed. Seriously, it makes a big difference! Aside from sleeping in, varsity campers also got to stay up later, get a ‘midnight’ snack, and were overall granted much more freedom, especially with electives! The counselors were also integral to my experience. When we were feeling restless we could count on Niki and Kalen to stop whatever they were doing and put on a spectacle, making us laugh until our stomachs and cheeks hurt.  My favorite part of Varsity was being able to take on leadership positions.  While I was nervous about completing a task as a group, in the end planning Halloween, performing our beautification project, and even doing community service hours taught me a lot about working with others. More importantly, it taught me to accept what others had to say. Being exposed to such ideals at a younger age has allowed me to see the world in a new light and shaped my optimistic attitude.

The trips were also a major highlight of my varsity year! Going to Washington D.C, Boston, Salem, Lake George, and Lake Placid was so much fun! What made it even more special was the bus rides with Rich, solving riddles, and giggling in the tents with our flash lights on as we talked about everything hilarious that day. One thing I really enjoyed was staying at the Olympic training center! The idea of eating with athletes of that level was mind boggling, but seeing their plates loaded with food was even more shocking! 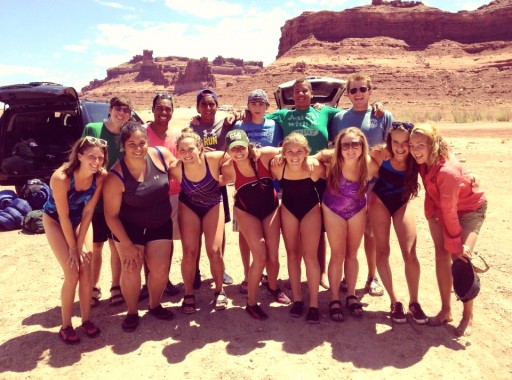 Preparing to Become a Counselor: My LT Year

The first four years years at camp were filled with endless amounts of laughs, tears, and memories. There is truly nothing else like spending a summer with no cares or worries. It’s the epitome of Hakuna Matata! The idea alone makes me want to go back. However, what happens when you reach the age where you actually have to think about college and ‘real life’? Does the happiness end? Not at all!  My LT year was described to me as the year I would be trained to work as a counselor. Responsibility? Work? Nobody signed me up for this! (Well I mean I did sign up for it but you get the idea). Don’t let the term ‘Leadership Trainee’ intimidate you, because my LT year was arguably the best year I had as a camper! Yes, there is a responsibility you have to fill. Yes, you have to do a community wide service project. However, in no way does that mean that the fun stops. If anything, it’s a new twist on camp life and it spices things up! Not only did I get to give back to the community that gave me so much growing up, but my summer was filled with constant college trips and a 10 day trip to a state I had never even been to before. Singing in the car with Jerrell and five other girls for countless hours doesn’t sound like a responsibility to me. If anything it sounds like a blast, which is exactly what it was! Coincidentally, one of the college visits I made was to the University of Delaware… and look where I am now! Going to Utah was truly a once in a lifetime experience. ‘Roughing’ it out in Cataract canyon’s incomparable to any outdoor camp experience. Who can say that they went white water rafting in the true wilderness, with nothing around them but the sounds of a running river and stars unobstructed by city lights? Then, after spending days on the river, you get to go to Park City and suddenly a hotel bed becomes the best thing you’ve ever slept on. The sudden realization that the LT year is the last year you can call yourself a camper exposes you to things you might have missed before. You start to notice how sweet the grass smells. You start to hear how laughs echo throughout all of camp. You start to notice the flames of the campfire dissipate into the starry sky. I guess what I’m trying to get at is that your LT year makes you stop and think of just how lucky you are. In a word, your LT year makes you thankful. To anyone that reads this, whether you are a parent or a camper please do yourself a favor and experience the LT year. It has opened so many opportunities outside of camp (particularly in college and internships) that you cannot get anywhere else. You are essentially spending 6 weeks having a blast and not realizing all of the vital communication skills you need for any career or environment. The LT year was by far the best way to transition from camper to counselor because it taught me that discipline and fun can go hand in hand if you work hard for it. 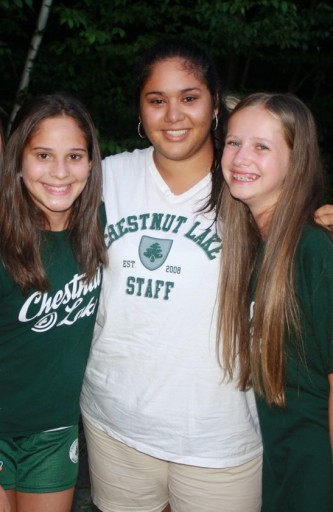 What was the transition from camper to counselor like?

Changing my role from ‘camper’ to ‘counselor’ was one of the most fearful things I had ever done. I was entering a side of camp I had never been on before, and the sheer idea of the unknown made the nights before training week sleepless ones. What if my idea of camp would change? What if I wouldn’t like it the way I had previously?  Looking back on such thoughts makes me laugh at myself. I had nothing to worry about! Whenever I am asked about counselor life, two questions pop up. The most popular one is, what do you do? Well it depends; do you want the long answer of the short answer? The short answer would be, “everything”. What do I do? I call my mom on my nights off and tell her how much I love my job. I appreciate naps 100x more than the average person should. I take on the roles of parent, sister, and friend. I stay up all night before the campers arrive to make sure their favorite stuffed animals are ready to be snuggled with. I sit at the health center for an hour or two to ice a swollen ankle. I provide the best hugs to anyone who wants one. I hold back my sobs when packing day arrives, trying to cover my teary eyes with sunglasses. As I get way too emotional while explaining this, I am quickly cut off with the next popular question, what do you make? This answer is not nearly as complex because it’s so clear to me. I make a difference.

What is the biggest thing that CLC has taught you?

HOW MUCH I LOVE THEATRE! The auditions for High School Musical in 2008 opened my eyes to how much I enjoyed performing. I did the play to say that I tried it, not to discover one my life’s passions! I can still name every single counselor who has ever helped or taught me about the arts, because they made that much of an impact on me. Even as I look at past programs and costumes, I can tell a story about each rip, splash of paint, and paintbrush that hides behind the backstage curtains. It is absolutely insane to me that I have been able to experience every show camp has put on. Now I get to become one of the drama counselors for the new group of aspiring actors and actresses (I may or may not have teared up when I found out that this would be my new position…don’t judge me)! Every year after that I have auditioned for high school, community, and college productions…and I have everyone who encouraged me to pursue theater to thank! 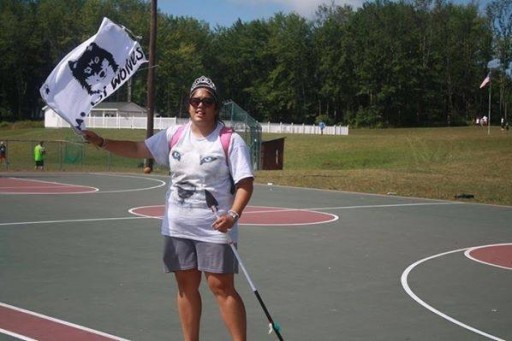 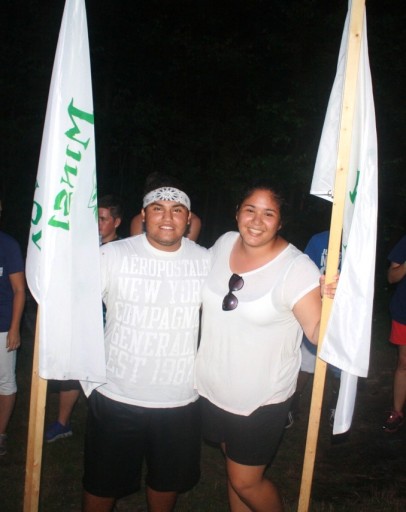 Why is camp important to you?

As I get ready for my next summer at CLC, I can’t help but be in awe of how much I have grown as a person. I entered camp a soft-spoken girl with no idea of who she was or wanted to be. It was because of the ideals that CLC instills upon its entire community that gave me the courage to audition for The Wizard of Oz in middle school. Had it not been for camp, theater would be nowhere on my radar, let  alone as a possible career choice and passionate hobby of mine. Never in my life did I think I would ever participate in a thing like Tribal war, or even become a tribal chief for the best team ever, the Minsi Wolves! (Can you tell I’m a little bias?) When the announcement was made, my jaw had never dropped so low in my life. I can promise you that! If it weren’t for camp, I wouldn’t have written my college essay about my growth as a person and role in community leadership. I would have never been elected President of my school or made friends from Russia, Spain, France, and Israel! I owe so much to this 6-week haven, because it essentially made me the person that I am today. There really are no other words for it… I’m Chestnut till I die!