Aside from family and the Philadelphia 76ers, the institution in my life that has been the most constant and influential is summer camp. Camp is where I figured out who I wanted to be as a kid, and camp is where I’ve been afforded the space and inspiration as an adult to try to get closer to that ideal. When I need to laugh, a story from countless summers spent in the woods without television can be counted on. And when I face challenges, there are few occasions that a lesson learned within the bubble of camp won’t provide valuable perspective. In the last week, I’ve needed both the laughs and lessons of camp.

As I write this, my current worldview is cast through two lenses, one made of my usual optimism and hopefulness, and the other that colors everything with unprecedented disharmony and polarization. No matter the side that each American may feel that they’re on with regards to the recent presidential election, there’s something broken. I continue to look up to make sure that the sky hasn’t fallen and plea with others to see silver lining in the clouds. If only I didn’t turn on a device, try to go any place, or speak to anyone, I might not feel encumbered by the uncertainty and anger that seem to be inching closer and closer to me. I’m not a philosopher nor a pundit, not an expert on the democratic process nor nearly the agent of social change and activism that many others may be. I’m just a person that was born too late to truly experience the impact of epic conflicts that America faced long ago, too white and privileged to understand what it’s like to live in fear all day. When gunshots ring out in my neighborhood of West Philadelphia, I don’t immediately think they’re ripping through the chest of someone I know. And though my home life and career have been rocked by COVID-19, I’m in no position to complain. I just want to find solace where I can, to try to make some sense of all of this chaos. So, I turn back to camp – the ever-present surrealistic rock that I’ve leaned on for so many years – to find something, anything, to shake some sensibility from the trees swaying in the high winds of present-day challenges.

At camp, we connect young people to each other. Of course, when families are looking for the right camp for their child, they consider the campus, the programs, the schedules, and many other facets. But at the end of the summer when they reclaim their daughters and sons and assess whether sending them away for weeks to be cared for by strangers was actually a good idea, they just want to hear them say, “I made a friend.” Camps create the environment within which children that start as strangers become lifelong members of an extended family with bonds that are astoundingly strong. They do this with intention, with character, and with a devotion to whatever their unique mission and methods may be. Building harmony is a mantra at camp, and yet one of the most common similarities between many camps no matter where they are and what their tradition may be is the presence of something we call, “Color War.” A Color War by any other name such as Olympics, Maccabiah, or Tribal is still a Color War – an intensive, often multi-day activity that engages the entire community in battles both inane and profound – with intensity, excitement, and the antithetical splitting of camp friends between different sides of the war.

Although the tradition of Color War has come a long way since its creation (purportedly) at Schroon Lake Camp in 1916, including renaming, reframing, demystifying, and deconstructing some of the trappings to make it more effective and acceptable in today’s world, one common and consistent element can teach us a lesson. As camps strive each day to build healthy communities inside of their cabins in the woods, working dutifully to create coalition and establish peace in these temporary homes, Color War often tests that process by making teams. Whether it’s Green and White, different countries, or themed groups, bunkmates are divided. Friends that might usually choose their programs based solely on what the person who they sleep just a few feet away from is doing, or kids that would break-up with someone if it was important to their BFF for any reason, now will spend hours upon days on opposite sides of this camp tradition. The competition can be fierce, even if the activities with the War include carrying an egg on a spoon. There are athletic contests that may be watched by the entire camp, rope burning rituals that make for some of the most important moments – and awesome photographs – of the summer, and the design of plaques and songs that can become part of the camp’s folklore and decorations forever. It’s a big deal at many camps, and no matter what camp professionals say and do to suggest that it is not the end-all and be-all of the summer, the dividing of kids and their staff between two or four teams cannot be understated as a tricky variable. 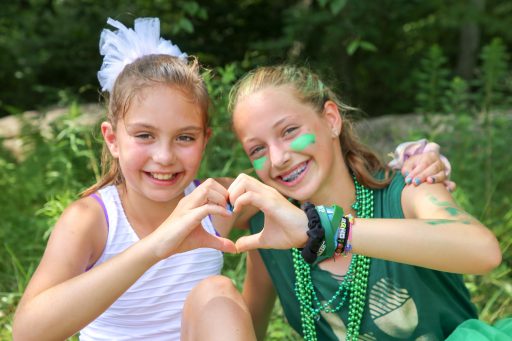 Camp leaders are not ones to do things without thought, and while they create environments that have inherent risk in order to give campers a chance to build resilience and independence, Color War continues as much because of the challenge of having friends on different sides as it does in spite of it. They establish rules and structure to the program, of course. There are still shared values that govern the play, strong enough to sustain even when conflict arises. There are people in charge – independent and unbiased observers, referees, and surrogate parents – to shepherd the participants through their battles. And there is an explicit agreement that all combatants must adhere to that when the War is over that we will congratulate all for their efforts and then return to camp as we left it. There will be sad faces, tears, and lost voices, and the colored face paint may take a few days to fully disappear. But when Color War is over, the colors fade. The issues that pitted teams against each other are over, we are back to working together for the betterment of the whole community, and the winners and losers of Color War are just part of the nostalgia of camp with some funny or hard moments that we talk about at camp reunions for generations to come. Remember that fight song from 1978 with that line about the Green Team captains being hippies? Davey wrote it, and he’s now retired and living in Davie. Remember that Apache Relay from 1985 when Rachel cheated and edged Alex out at the end? Rachel is a prosecutor in the US Attorney’s office now. The fights on the fields of competition don’t linger, even if the tales of them sustain. Color War creates stories, it builds spirit, and it proves that people who find themselves on two different sides of something can vie for a trophy without setting aside the decorum and humanity that is at their core.

America is not summer camp. And the recent presidential election process was not a Color War (although there was a Blue Team and Red Team). But the application of the Color War credo that we will disagree and compete with each other fairly within the rules to determine a winner, only to shake hands or high-five at the conclusion to return to being on the same team could do us a lot of good. For me, Color War is an ideal where people that might otherwise be friends can grapple with divergences in a healthy way, never forfeiting their convictions or dedication to a cause, but also accepting that their adversary is only wearing a different color t-shirt. Seeing them wearing that color is okay, but holding that color against them is not.

This summer, camps expect to be back to running their extraordinary programs despite the ongoing pandemic. Camp directors may need to be creative and flexible with travel, trips, and testing, but you can be certain that the essence of camp will sustain and there may never have been a more important summer to allow our kids to get back to those far-away places to experience joy and togetherness than right now. There will be Color Wars, whether they go by that name or something different, because we know that giving people the chance to clash and yet still be able to put our arms around each other when it’s over is an antidote for what ails us today.