Tribal Campfire is one of the most popular traditions at Chestnut Lake Camp. On our first Friday night of the session, after the Community Service Award winners were announced, new campers and staff found out if they would be a Minsi Wolf or an Unami Turtle. The returning campers, who were dressed head to toe in white or green, were bursting with excitement as they prepared to accept new members to their tribes. 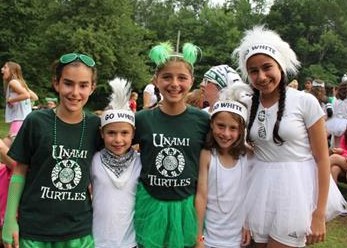 Dressed in red, the new campers and staff were led from the campfire site down to the lake where they stood in a large circle and recited the Tribal Oath with Debbi and Paul. 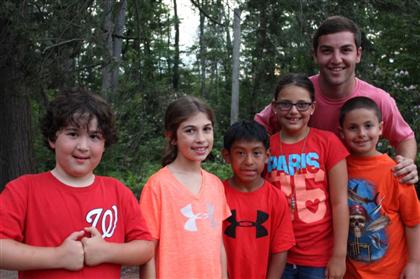 As they walked back to the campfire, the Unami Turtles and Minsi Wolves lined either side of the path creating a special and unique atmosphere. 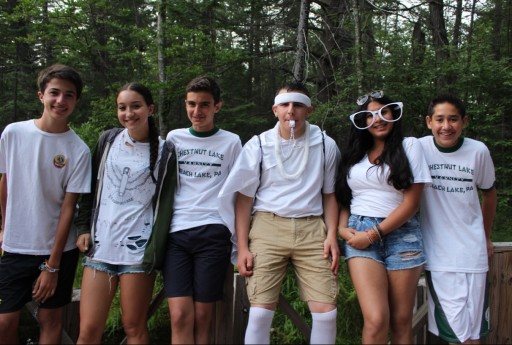 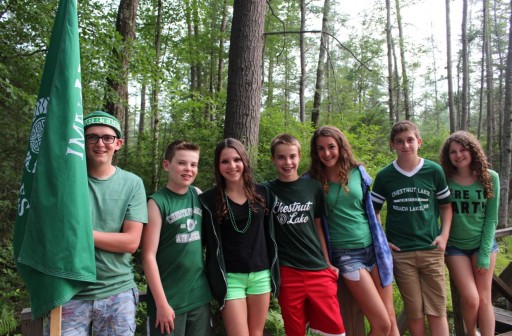 At the campfire, the two teams sat with their tribes and sang their tribal chants. The new campers and staff in each division were called to stand in front of the campfire while blue team members painted a stripe of their new tribe’s color on each of their cheeks. Excitement grew as they waited for Paul to tell them to face their new tribe. As each group turned around, members of the Unami Turtles and the Minsi Wolves ran to greet their new members. Next up….the first tribal competition.