The first week of Chestnut Lake Summer Camp 2015 has been amazing! We started preparing for our 4th of July celebration on Saturday.  The lower campus decorated their bunks in patriotic themes while the upper campus turned our golf carts into parade floats. 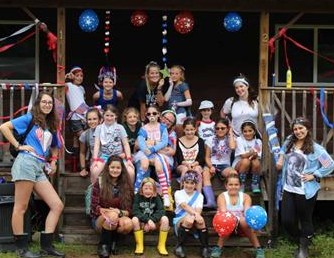 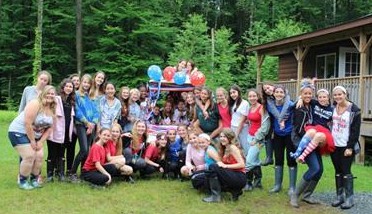 On the afternoon of the 4th, our older campers organized a parade for the younger campers. Kaya, Sani and Varsity marched in formation and drove their floats down Chestnut Lake Avenue. As the procession passed the campers, the Kaya, Sani and Varsity threw candy as everyone cheered. Uncle Sam even made a guest appearance at Chestnut Lake Summer Camp! 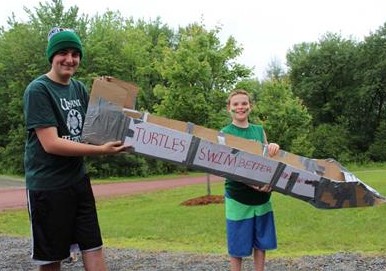 Next up for our Independence Day celebration was Regatta. Campers organized into their tribes and started preparing to sail their boats in the pool, but first they watched their division leaders compete in a belly busting competition which was amusing as well. Later that evening the whole camp gathered together on the slope.  We all joined in for the singing of the National Anthem. As the National Anthem ended, our annual fireworks display began high above the stage.

Now the campers are anxiously waiting to see their families on Visiting Day at Chestnut Lake Summer Camp!